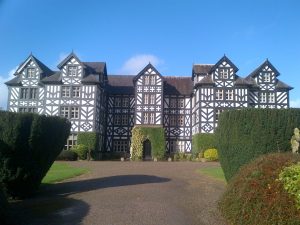 The stately Gregynog Hall in Wales served as the setting for the ‘Reading and Writing Social and CulturalGeography Weekend’ organised by the Social and Cultural Geography Research Group (SCGRG) of the RGS-IBG. The event, which ran from the Friday 1st to Sunday 3rd November, was attended by twenty-eight geographers from across British universities and beyond, with three participants from international institutions. In attendance were early career researchers and postgraduates, ranging from Master’s students to final-year PhDs. Dr Rhys Dafydd Jones (Aberystwyth University) and Dr Sarah Mills (Loughborough University) coordinated the weekend which centred on discussions of articles from Social and Cultural Geography and explorations of the writing and publishing.  Prof. Peter Adey (Royal Holloway, University of London) and Dr Lucy Jackson (University of Sheffield) also facilitated sessions during the event.

In small groups, different articles clustered around a number of themes, including identity, mobilities and pedagogy, were discussed before a plenary consideration about the topics raised. Sessions on writing reflected on the styles and challenges of the writing process and provided a detailed example of getting an article published. Both in the formal sessions and the social spaces of meals and afternoon tea (with cake), there were fruitful conversations about the current nature of social and cultural geography (or geographies) and speculation was offered on potential avenues and styles of research. The weekend was a balance of debate and lively discussion, with accompanying socialising, in a most pleasant location.

The event was generously supported by the Social and Cultural Geography Research Group and the Institute of Geography & Earth Sciences, Aberystwyth University, with support from the ESRC Wales Doctoral Training Centre.